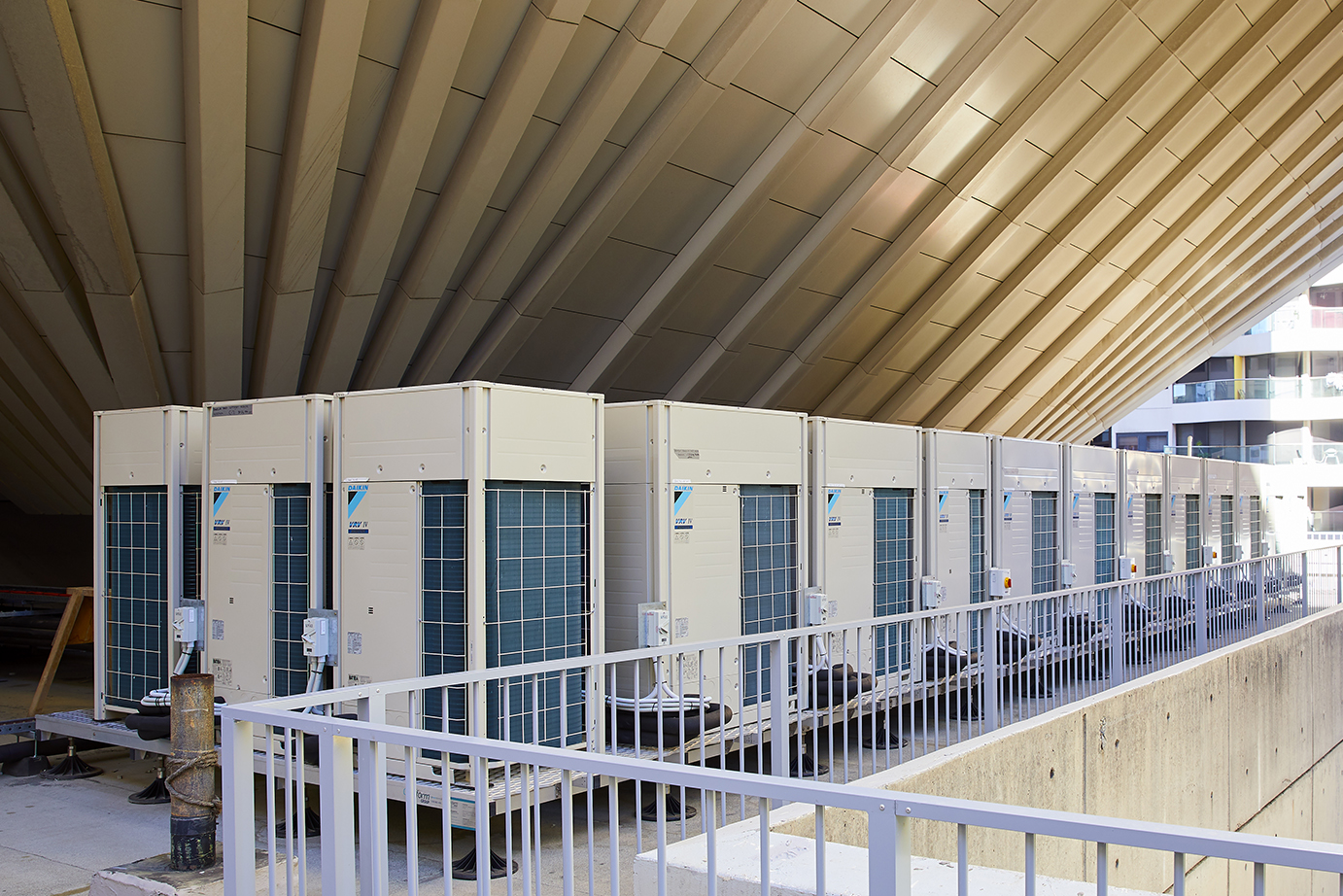 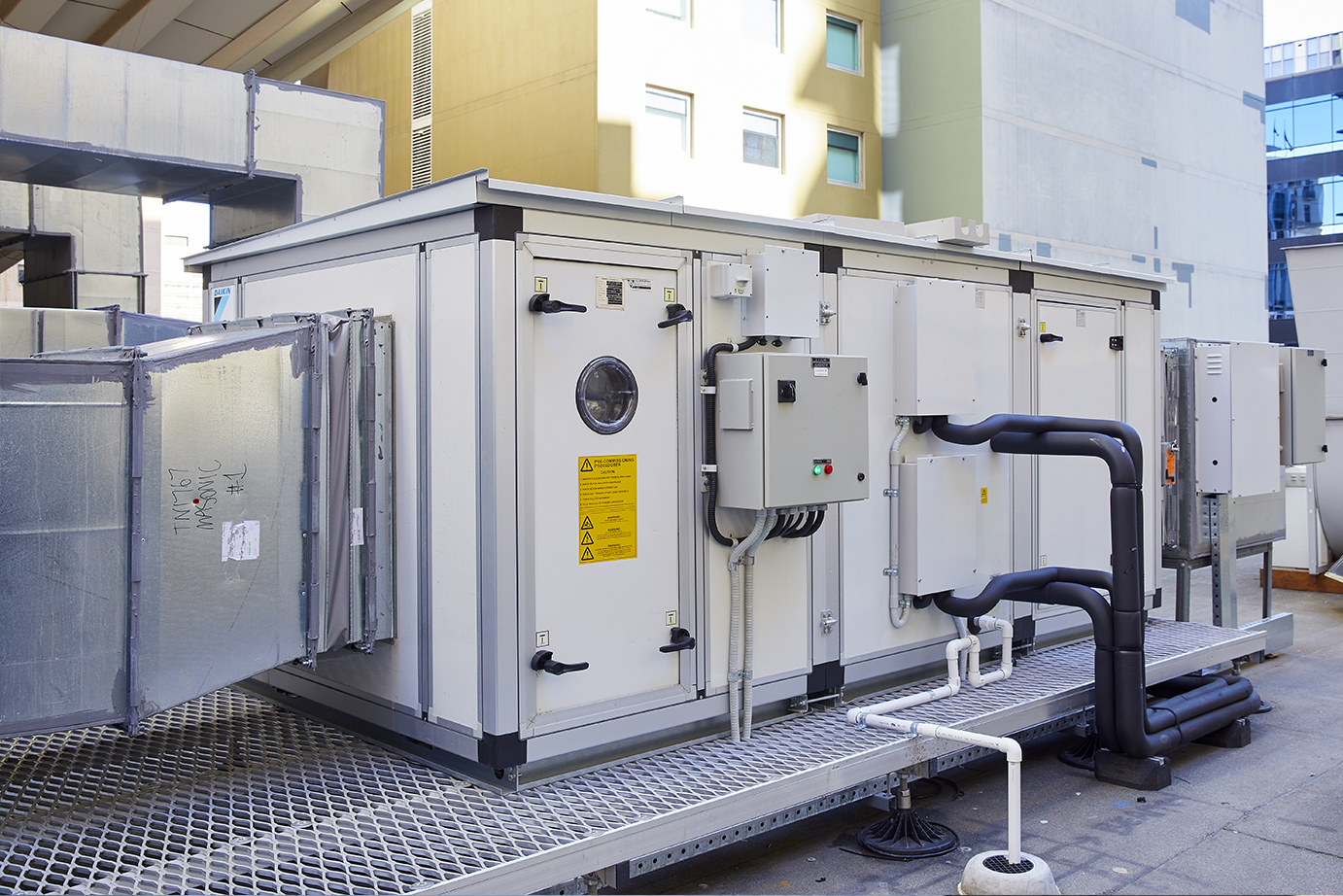 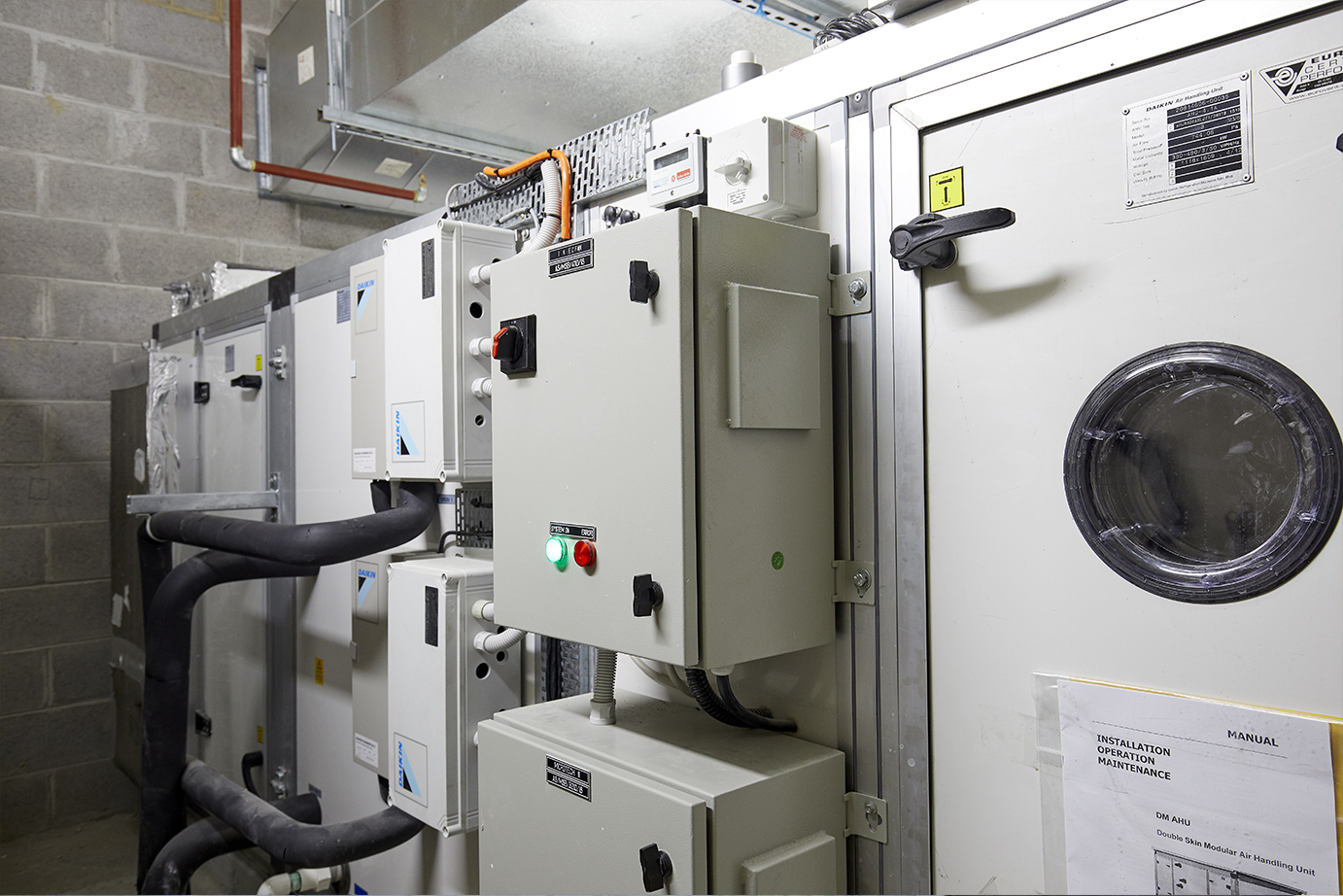 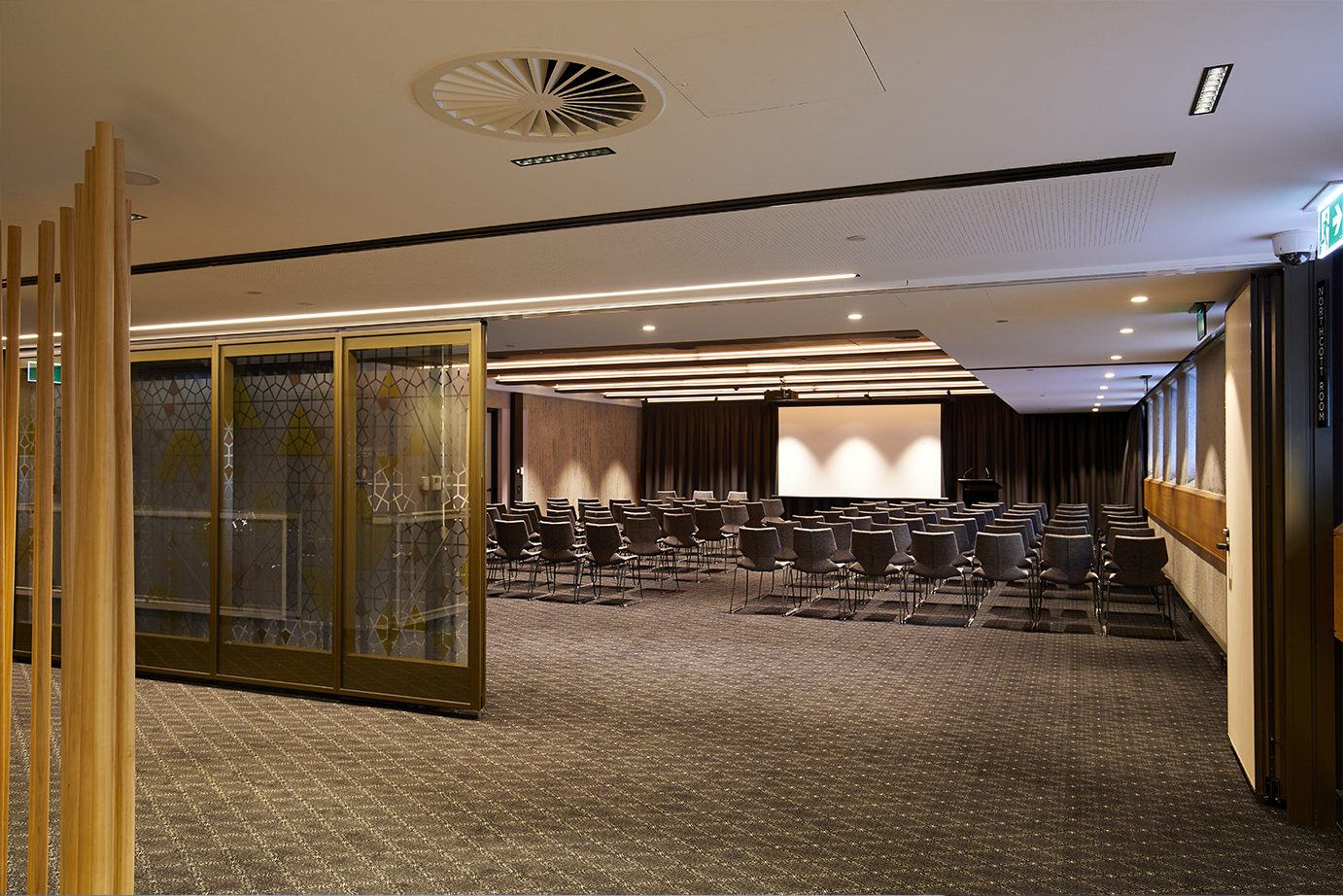 Regarded as one of Sydney's most architecturally significant buildings, SMC Conference & Function Centre is one of Australia’s premier event venues.

Beyond the contemporary renovations and luxury finishes of the Sydney Masonic Centre remodel, sustainable and energy efficient inclusions were key. One such fundamental upgrade has been the installation of the new heating ventilation and air-conditioning (HVAC) system developed by heating and cooling experts, Daikin.

Designed by Joseland Gilling and built in 1974, the iconic Sydney Masonic Centre is regarded as one of the most architecturally significant buildings in Sydney and a prime example of Brutalist design. Ensuring the HVAC system of the landmark building was respectfully and carefully upgraded, PJS Air Engineered Solutions then developed the design to suit the building structure.

Neil Hughes, Head of Projects for PJS Air was brought on to oversee the replacement of the inefficient and unreliable water-cooled chiller system. “The ageing chilled water central plant system was nearing its end and the centre wanted to upgrade and replace it, thus removing the risks associated with a water-cooled system,” says Neil.

An advanced Daikin HVAC system featuring the innovative Daikin VRV (Variable Refrigerant Volume) Heat Recovery and VRV AHU (Air Handling Unit) was chosen and integrated with the Building Management System (BMS). An air-based system rather than a water-based system, this intelligent Daikin technology has no need for chillers, boilers or cooling towers so all the infrastructure of the old system could be removed, revealing additional space.

With the new energy efficient Daikin HVAC system, rooms can be maintained at a certain temperature, lessening the need to cool or heat from too low or too high a baseline. Subsequently, less power is required as there’s less need to circulate large volumes of air throughout the building. The system was integrated together using the Daikin control system and is now digitally controlled and remotely monitored so any issues can be instantly diagnosed and rectified.

Working on a building with such historical significance was not without its challenges as the existing ductwork was found to have asbestos, creating major logistical issues. In addition to this, reticulation of the mechanical services pipe work and duct work through the existing building presented another challenge of finding pathways through the building to service areas on the lower levels. Neil and his team found that using Daikin products and systems helped to solve the issues.

“There were several benefits to using various Daikin Systems,” says Neil. “The VRV AC units gave us individual area control and also using the VRV allowed us to reach areas of the building utilising longer than normal pipe runs. The flexibility of the new Daikin VRV AHUs allowed us to install the units in multiple configurations throughout the building to service large open conference areas and to provide greater zone control.”

Designed and engineered by Daikin to create new opportunities for applying VRV into commercial applications with large open spaces, the VRV Air Handling Unit was the perfect choice for the Masonic Centre. Paired with the VRV Heat Recovery system, which is able to simultaneously heat and cool different parts of the building. In doing so, the Heat Recovery process that is occurring allows waste heat from one part of the building to be redirected to another that requires heating – resulting in a system that provides superior comfort levels with energy efficiency gains compared to
conventional HVAC systems.

Even with all the challenges of such a large installation in a heritage building, Neil describes the installation of the Daikin HVAC system a triumph, “the use of Daikin product allowed us to service the multiple use areas of the building with VRV FCU systems and to also service large conference areas with high cooling and air volume requirement,” says Neil. “We were able to provide one equipment supplier encompassing multiple uses with great success.”

An air cooled VRV system with heat recovery technologies that enable the simultaneous heating and cooling of different parts of the building.

The VRV AHU has been designed and engineered by Daikin to create new opportunities for applying VRV into commercial applications with large open spaces.